Cockermouth is the first event since Lille and Lockdown, as such players were keen to compete and travel down to the 'Lakes'.  The event was hosted by England L.X. at the School pitch in the town.

The first game was for the older 67+ age group against an England LX 70's + .  Thistles therefore had a slight age advantage, but no L.X. team could ever be described as weak, regardless of age.

John Connaghan organised the team in the true spirit of Thistles and its equal match time policy.  John scored a goal in the first quarter from a pass into the 'D' from Alan Parker and it is fair to say that the first quarter belonged to Thistles.  The second and third quarters on the other hand belonged to L.X with a lot of pressure on Thistles 'D'.    The goal keeper, Dick Pearce stopped many of the onslaughts and the captain awarded him man of the match for his efforts.  The final quarter again belonged to Thistles with John Connaghan firing a very hard, elevated shot into the back of the L.X. goal.

The final score was a well earned 2-0 to Scotland. 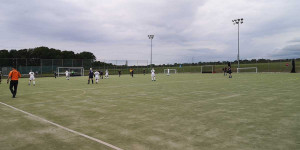 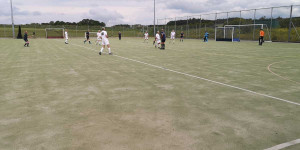 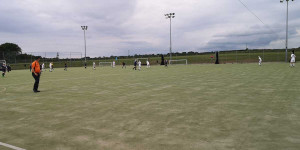 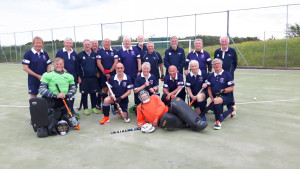 The second day of the tournament was a more informal set of games involving all the teams present.  Firstly, we played England L.X. again of a slightly younger group.  We managed to win 1-0 with a goal from Chris heeps scored one with a push into the left hand corner from close range.

We next played Reivers, a local Cumbria team who regularly play together and again have an average younger side.  Watching from the side it was clear that this would be a totally different sort of game and the 4-0 against score was well justified.  Reivers are a good side and would need a stronger and younger Thistles team to play them

The final two games were against two more variants of England L.X.   Reivers had really weakened the teams stamina and an average over 70's team showed its vulnerabilities, particularly on a very hot day.  The two final England L.X. teams made light work of Thistles, but very enjoyable games never the less.  We went down 3-0 to Reivers 3-0 to the first L.X. team and 4-0 to the final L.X. team.  On our knees at this point .

This tournament team was particularly well organised by John Connaghan, with a lot of though gone into the playing rota.  Jackie Parker managed the teems timing and implemented John's rota.

A really good tournament to bring us all back together after Covid. 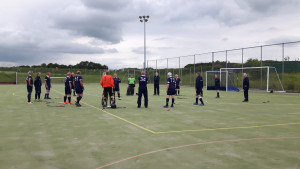 Warming up to Father Abrahams 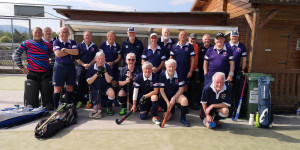 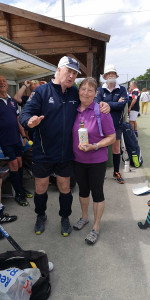 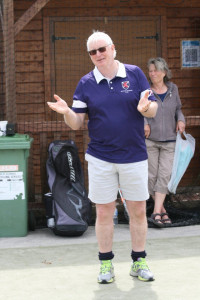