We were invited by the Scottish Thistles Committee to enter a Scottish Thistles Ladies Team into their Dalnacraig Tournament, which would be a first. We successfully put a team together despite there being a Home International Tournament on the next week.

Our first game was against the LX Ladies. For the first 15 minutes we had to play very defensively but then once we got into the game we had most of the pressure. They scored first with a goal against the run of play, however towards the end of the second half a beautiful cross into the circle resulted in an equalising goal.

Our second game was against the Alliance. For most of the game they put us under a lot of pressure defensively, but it wasn’t until the last five minutes of the game they scored, the game ending in a 1-0 defeat.

Our last game was against the Lionesses. Another friendly competitive game with both teams evenly matched, the play going from one end of the pitch to the other, but through sheer perseverance we scored in the dying minutes of the game.

So all in all, we drew one, lost one and won one.   Not bad for the first competitive outing for the Scottish Thistles Ladies Team.

The Tournament was very well organised, and efficiently run, and we are all looking forward to next year with the dates firmly in our diaries.

The whole group of images is at https://www.facebook.com/ThistlesDundee/ .  Please note that you need a Facebook page to view all of the images. 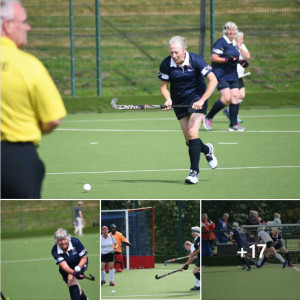 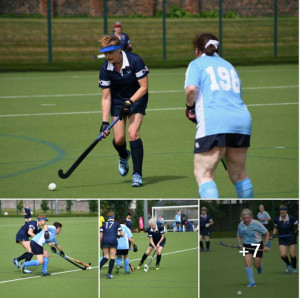 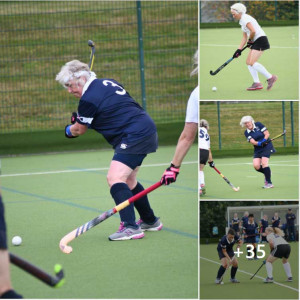