The annual Dundee tournament took place on the weekend of 12th to 14th of August.

As yet, only reports are in for the 70's Blue, but in the meantime, have a look at some great images, which speak for themselves 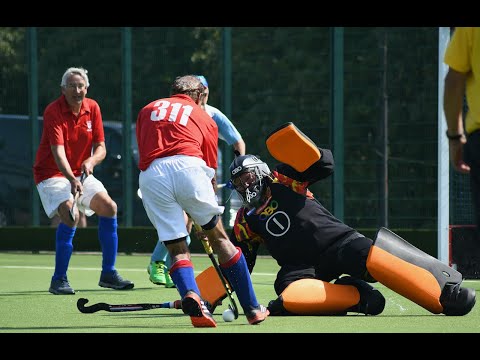 Here are the reports from Thistles Blue from Dundee, composed by Sandy Weir

DRAGONS FEELING THE THISTLES BLUES
Blues under cunning, co-operative management of Tim, Keith &amp; Neil set up in a 1-1-4-5 formation. OK something like a steam train and we hoped we’d roll over a Welsh Dragons side. However they put the buffers on us with a strong centre midfield that resisted our attempts to break through it by huffin’ & puffin’ rather than force of thought by using wings to
make progress.
.
Unlike the opposition, Thistles had 5 Over 75s in the team which many in the audience didn’t believe - &amp; you can interpret that how you like. Thistles defence all played well and competently with the first half balance of play favouring Dragons but with no clear cut chances although the goalkeeper had stops to make and a few cross balls cried out for a Dragons stick. At the other end our forwards enjoyed a few runs that might have produced a better return. We’d started though to play on the back foot as some dropped back to help the defence, or so  they thought, or to get the ball but this all limited our chances of getting upfield, pressing and giving Dragons more to think about. Maintaining position needed addressed.
As the game progressed and time ran out both sides didn’t want to lose a goal with little time to get equal again and were both more canny so  Thistles conceding a penalty corner in the last couple of minutes was unnecessary and living dangerously.
All in all a competent performance by a Thistles team difficult to break down and better pleased with the result than the opposition so that’s a moral victory. We started to blend better over the piece and there’s plenty room for improvement largely in players moving the ball promptly  after receipt, at game pace without dithering and always using channels to make progress to achieve a result in the opposition 23.
Each of the team played their part and were organised to individually share enough time on the field to make &amp; enjoy a personally satisfactory contribution to the performance and result.
Sandy Weir

Thistles faced England LX O70 and gave it a go against superior opposition. They were doing most of the pressing in the first 20 minute half keeping our well organised defence engaged without any obviously missed chances. All good then until as we played smartly upfield the ball broke very kindlyfor LX after a clash of sticks and was quickly dispatched to an unmarked player on our penalty spot. Don’t need to tell you the rest.
A bit peeved we continued to try to take the game to LX and great work by Norrie Springford in midfield saw him lift the ball over defence where Ian White calmly glanced it, reverse stick, it fromheight past a bewildered keeper. 1-1 at half time. Game On!! Sadly not to be. LX continued to press and Thistles were careless, thoughtless or both in not retaining possession more than they might given the balance of play. LX finally got another goal from a melee in the goal when Paul Finch in goal got down to save a shot at a penalty corner but the ball broke to allow an attacker to get it across the line. What might have been an impetus to Thistles to raise their game did not happen and LX kept the ball  to themselves not bothering to attack seriously when they’d a lead to defend for only 6/7 minutes and Thistles watched and kept to   position – noplace near the ball unfortunately.
Final Result England LX 2 - Thistles Blue 1.

With Thistles O70s coming from two albeit unfortunate losses and the Blues a draw and a loss it was no surprise both teams played a wee bit nervously in view of potential bragging rights at risk. Nevertheless both sides took the game to the opposition and neither sat back and both midfields were active in being an outlet for defence feeding attacks. Defences coped well but in the first half when blues had a promising attack nullified with the ball crossing the bye line O70s took a quick hit up the right wing where they had much space for Alan Bain to enjoy before giving an excellent pass to Peter Gorden in the circle to give Paul Finch in goal no chance. A very good goal but this time Blues decided to do something about its loss and continued to press as much as possible. Alan Moules, in his first game of the weekend in midfield, was excellent in both challenging opponents on the ball as well as driving forward with it. The game flowed both ways but Blues won a penalty
corner in the second half when it allowed Tim Lorimer a strong shot inside the post which Chris Kalman parried but only to see the ball deflect off his pads into the roof of the net.
So we were back to the beginning with maybe 5 minutes left at level pegging and the question for both sides was to go for it or take what you’ve got. It was good to see sensible play then with possession largely paramount while still trying to move forward and create a chance. No further
chances came though and it finished 1 – 1.
If you ask me the better team drew.

Firstly a HUGE thank you to Mike McInally &amp; all those who supported him in organising this weekend which was enjoyed without fail by all who participated. Regardless. Read on. Thistles Blues last match was against an England LX O65 team which could have been to the casual observer mismatched but, if so, you don’t know anything about Scottish fighting spirit. Blues were a man or two down at the start from withdrawal and suffering injury but although they were wobbling were to hop on the pitch. Still, 80% of the 5 x O75s could say they were up for it. What IT was they didn’t appreciate.

This report on a squad, reduced albeit stricken by withdrawal and injury, nevertheless leaves me after due diligence, due consideration and especially due delay still speechless. We were as a unit AWOL, NTU and left spectators thinking WTF &; FFS. (Apologies to Thistles child care policy but anybody over 60 more knows much more inappropriate language than me. So I’m told.) Anyway England LX moved the ball around (it’s the wee round, white thing) and we were happy to look on so the time fairly flew. As did the goals. Martin Petty, who celebrated his 50 th wedding anniversary on this very day was perhaps reflecting to consider that it’s a fair return that in this game only ONE goal in every FIVE years counted against him. On the other hand maybe he was thinking of something entirely different. Suffice to say the better team won. The poorer team showed them though that losing is an art in itself and gave the winners the lesson how to lose gracefully, with a handshake a smile without rancour or unpleasantness. That’s the important lesson from our heading. Sport. It’s only a game.
Well played. So say all of us.
We’ll get the B******s next time. 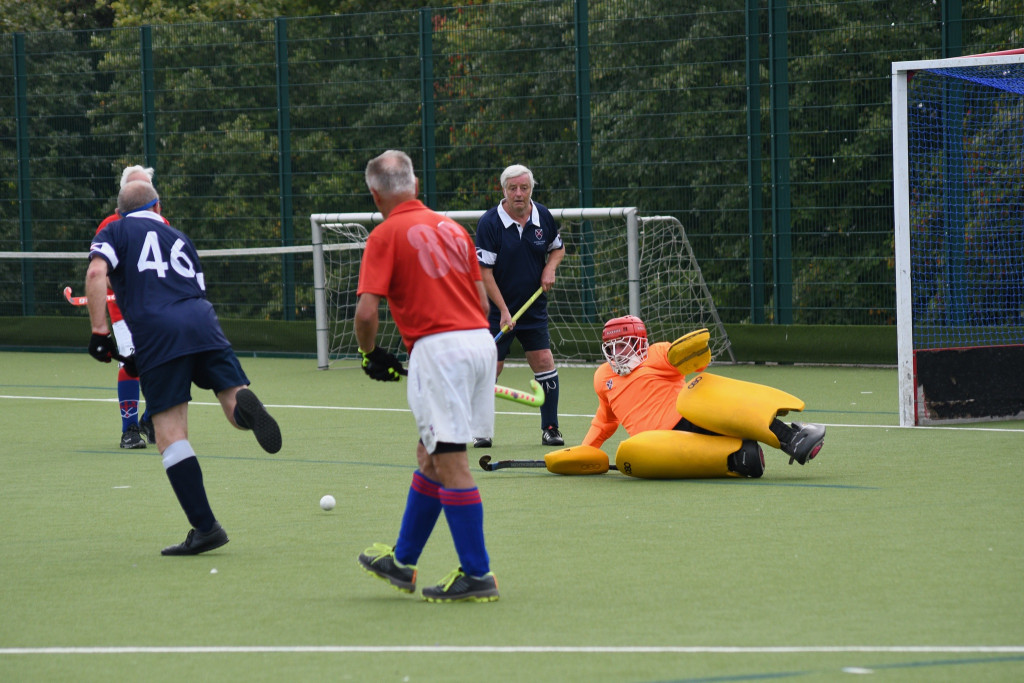