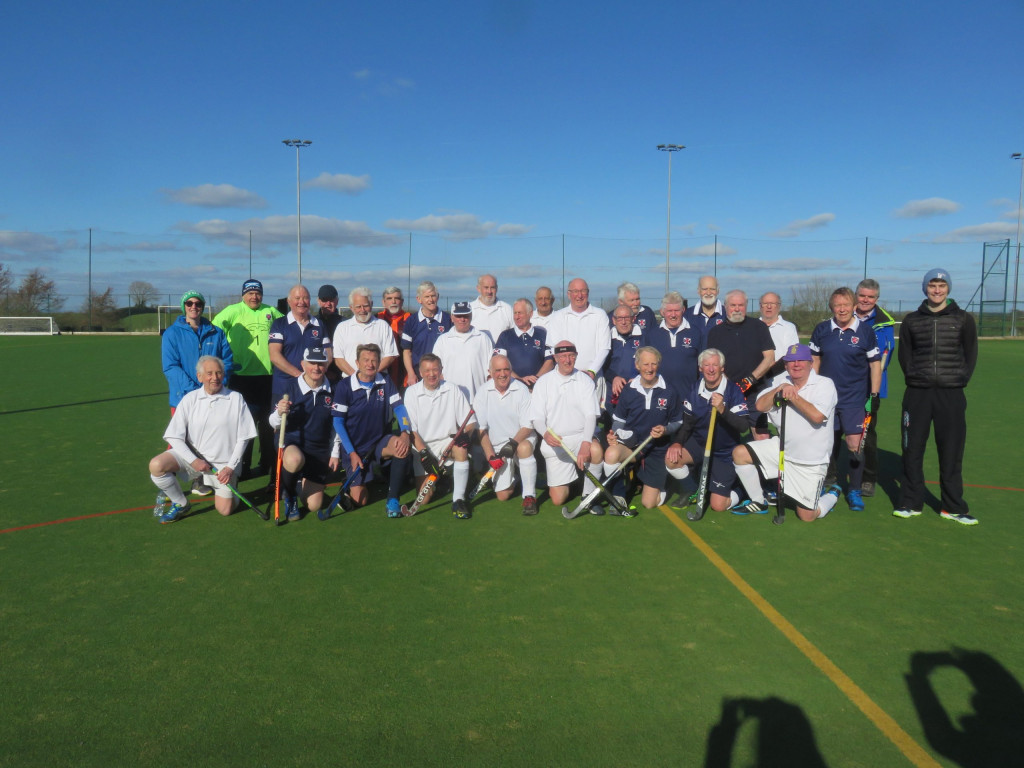 Some games are almost historic in their context and this game may well be one of them.  To my knowledge, we have not had a 75s team together before and the weather made the event even more special.

The team itself was mainly 75’s but there were a number of 70’s to make up numbers.  We were playing against England LX North 75’s, who all apart from two were 75 years or above.  This particular team has some very good players so to give them a game some 70’s were required.

The match started and Thistles were firmly in charge, with a couple of shots on goal, one by AP being just reached by the keeper’s toe end.  The second quarter was not so dominant and LX started to pull back.  The second half was very well matched with neither side being able to score, although George Finlayson came very close with a well struck short corner to the near side post, looking for a deflection.

The final result was 0-0 although we had three short corners to their one.   A very reasonable result for both sides.

The after match meal was good and the comradery really good.  A really enjoyable outing and game of Hockey 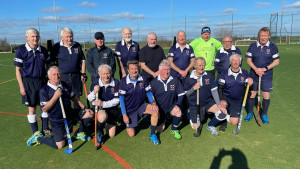